Conversations with a Christian Part I 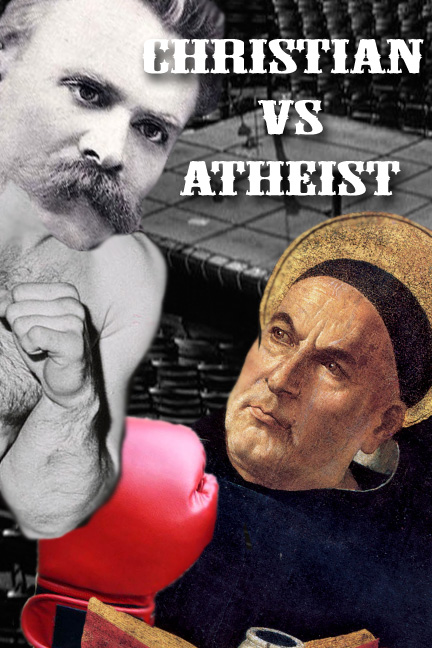 Vernita, this is a surprising interview, to say the least.  We’re on opposite sides of the religious spectrum.  Your book, Capturing the Spirit of God’s Word with Vernita, is a thoughtful exposition of embracing God’s work.  My book, Operation Cosmic Teapot, is a satirical look at how God is ultimately powerless in this world.  How do you respond to people like me?

I think you are just what Jesus ordered to give proof of the amazing love and grace of God, to say the least. And as we walk together thru our peculiar and distinctive books, perhaps, we’ll use our own unique differences to build a bridge thru which opposing forces becomes the greatest of allies.

Tell me Dylan, what incriminating evidence are people who oppose Christianity inclined to use to justify their need to dispose of God?

That’s an interesting question.  For me, I would rather be able to believe in a god.  I’m similar to Jean-Paul Sartre in that way.  I think that there would be a great deal of comfort in knowing that there is a higher power looking over us; however, I am unable to find enough evidence that there is one.  Without that bit of evidence, I am unable to have faith.

Now, for atheists that do want to dispose of God, I’m sure that there are a number of reasons.  I think the most common reason, though, is the hermeneutic one.  That if they can’t believe or understand something, then their goal is to either make everyone the same or destroy it.

I think it’s a similar notion to that of the early Roman Catholic Church.  I mean, do you see a resemblance to the movement of some atheists to say the goals of the early Crusades?  And how does a modern Christian account for that kind of behavior?

Well….. Your answer is intriguing. In regards to evidence that God exists… for me, I witness such every day of my life in one form or the other. But, what fascinate me is when I watch trees going from being barren in the winter to slowly budding during spring time – And within a few weeks, it’s full of beautiful leaves send flowers. When I look up and see a blue sky filled with massive white clouds…..I know that neither I nor no human could had created such. The very existence of humanity tells me that God exists. What exactly would it take to regain your faith?

Now- in regards to the goals of atheists compared to that of the early Crusaders, first and most importantly, it’s not for me to judge the actions of others. Though I agree with your analysis that their goal is to either make everyone the same or destroy it. As a Christian, I feel such people are threaten by the very existence of God and Christianity. Think about it….. There is no other denomination which gets persecuted like Christians. And for what reason? Because we believe God is the one and only true God.

Now – I respect the beliefs of whoever without trying to impose my beliefs upon them.  And it is only when we can come together despite our differences of faith and respect each other by agreeing to disagree without becoming enraged can we build a bridge of harmony. But, because the enemy has blinded the eyes and minds of many, there will always be a sect of theological biases who will continue to fight against anyone who don’t agree with their religious rhetoric.

As far as how to account for such behavior…… There comes a time when you just have to love the meanness, ugliness and hatred out of whomever. No it’s not easy but the more we become more like Jesus and follow His example of the cross, we actually put on His nature and character. Some will be converted while others will remain smoldering in a stony heart. And to combat such actions, I’ve devoted two chapters in my book on the topic of forgiveness.

His debut novel, Operation Cosmic Teapot, was a resounding success. Since then, Dylan has written a number of other books, including his most recent novel, And the Cow Jumped Over the Blue Moon.

Iron Widow by Xiran Jay Zhao is one of our school’s considerations for the grade nine de-streamed classroom. These are my thoughts on whether or not

The Frangipani Tree Mystery by Ovidia Yu is one of our school’s considerations for the grade nine de-streamed classroom. These are my thoughts on whether or

Motorcycles and Sweetgrass by Drew Hayden Taylor is one of our school’s considerations for the grade nine de-streamed classroom. These are my thoughts on whether or

The Hate U Give: Inclusive Classroom Library

The Hate U Give by Angie Thomas is one of our school’s considerations for the grade nine de-streamed classroom. These are my thoughts on whether or

Kiss of the Fur Queen by Tomson Highway is one of our school’s considerations for the grade nine de-streamed classroom. These are my thoughts on whether

The Field Guide to the North American Teenager

The Field Guide to the North American Teenager by Ben Philippe is one of our school’s considerations for the grade nine de-streamed classroom. These are my