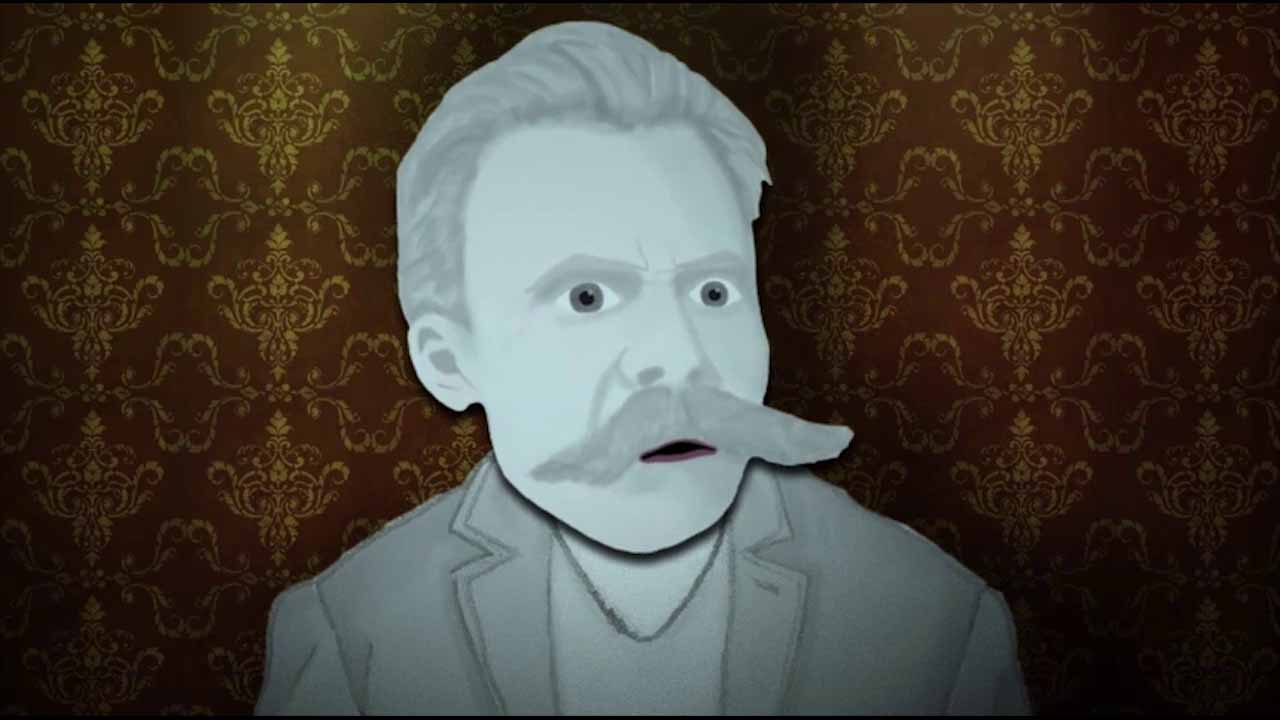 Chapter Title:  On the Genealogy of Better Beginnings

These English psychologists, who have to be thanked for having made the only attempts so far to write a history of the emergence of morality, – provide us with a small riddle in the form of themselves; in fact, I admit that as living riddles they have a significant advantage over their books – they are actually interesting! These English psychologists – just what do they want? You always find them at the same task, whether they want to or not, pushing the partie honteuse of our inner world to the foreground, and looking for what is really effective, guiding and decisive for our development where man’s intellectual pride would least wish to find it (for example, in the vis inertiae of habit, or in forgetfulness, or in a blind and random coupling and mechanism of ideas, or in something purely passive, automatic, reflexive, molecular and thoroughly stupid) – what is it that actually drives these psychologists in precisely this direction all the time? Is it a secret, malicious, mean instinct to belittle humans, which it might well not admit to itself? Or perhaps a pessimistic suspicion, the mistrust of disillusioned, surly idealists who have turned poisonous and green?  (And so on.)

I have highlighted the key ideas from Teapot to give you a comparison point:

The Heaven Inc. Board of Directors, whom one has to thank for the origin of most mainstream religion, are also the ones responsible for ending any god’s career.  Nietzsche knew that as the CEO, he could influence the outcome of world religion but he needed to come up with something big.  Something inspirational.  Something with pizazz.  Something that would fire up the imagination of the other members.  The board was newly elected.  They were shy, passive, reflexive, and thoroughly stupid.  He searched each face around the table, hoping to figure out the right combination of words.  He needed to lighten the mood.  Say something motivational.  The buzzing florescent tubes above served to highlight the level of anxiety and tension in the room.

When I started writing this novel, it might be interesting to note that I thought a long time about the narrative structure of the book.  Originally, God’s interview was with a magazine reporter who was doing a spotlight on him.  The Nietzsche sections were going to be written as philosophical treatises.  Meanwhile, the Norse God sections were going to take be in first person, from Odin’s point of view.  The problem I had was setting up any relationship between the three different plotlines.  In the end, while I think the voices are fairly distinct, I ended up writing the whole thing in third person.  Was it good or bad decision?  I don’t know.  As a narrative exercise, certainly the original idea would have been more unique.  As a reader, I think the final form works better.

Moving along, I introduce Nietzsche and the board of directors.  Nietzsche is portrayed as having syphilis, a claim which is most likely false.  Nietzsche had severe health and psychological problems but neither of them are clearly attributed to syphilis.  So, why have a syphilitic Nietzsche?  Simple:  it’s far more entertaining!   And it gave me a way for him to zoom in and out of his past.

The opening quotes from Nietzsche, “Once upon a time, in some out of the way corner of that universe which is dispersed into numberless twinkling solar systems, there was a star upon which clever beasts invented knowing,” or, “Let us beware of saying that death is the opposite of life. The living being is only a species of the dead, and a very rare species,” are real Nietzsche quotes.

My account of Nietzsche’s life is dramatized fact, with a few details “fudged” for the sake of keeping it interesting.  In a few key places, there is conflicting evidence about Nietzsche’s history.  In those cases, I typically took the more entertaining narrative.  I’ll be sure to point them out as we come across them.

His father and little brother did die when Nietzsche was very young, and only at six months apart.  I have to imagine that this played a huge role later in Nietzsche’s life, as he developed a disdain for religion.  The account of him running away may not have happened but his sister did always care for him a great deal, which is the purpose of him running away; that is, to show his sister’s concern.  Over the course of Nietzsche’s life, his sister played a very important role – right to the end.  There are even a few historians that claim he had an ongoing, incestuous relationship with her.  It may or may not be true.  There isn’t enough evidence to support the claim, though.

When Nietzsche moved to Naumburg an der Saale and joined the private school there, he really was involved with the Wagnerian society.  As Nietzsche grew up, he seemed to worship Wagner in the same way that many Germans did.  Nietzsche comments in Ecce Homo, “Taking everything into consideration I could never have survived my youth without Wagnerian music.  For I was condemned to the society of Germans.  If one wishes to escape from unbearable pressure then one needs hashish. Well, I needed Wagner.”  Later in his life, Nietzsche meets Wagner.  It’s quite the chapter in Nietzsche’s life, which comes up a couple times in the novel.

When Nietzsche finally snaps out of his past, he wants to motivate the board of directors.  To do so, he quotes Eminem.  I thought that if Nietzsche was living in the modern world, he might like Eminem.  I’m not sure why, but it amuses me.

The board members are introduced in a way that is similar to the gods in the previous chapter.  Here they are:

With so many philosophers dying to express their opinion at the board, they are always fighting.  I think if you threw that many strong thinkers together in a room, it would be a brawl, so that’s what’s going on.  The chapter is primarily about setting the mood amongst the board members.

The last part of the chapter segues into the next, introducing us to the problem of the Norse Gods.

In this, and the previous chapter, I struggled with the number of characters that are introduced.  There are so many needed to fill a call center and a board room.  The people in the board room are more important than the minor gods in the call center but they are still minor characters that are only there to fill a specific purpose.  They are there to show the chaos of thinking.  It is represented in their conversations and actions with each other.

Cosmic Teapot – Today, we’re talking with Dylan Callens, author of And the Cow Jumped Over the Blue Moon. It is a hilarious novel about a narrator